Forgiveness, something that we learn early on. We learn to accept apologies, forgive and forget; but how do you do this when you are tasked to forgive yourself after a loss?

I’m not just talking about blame; Why did my baby die? Did I do something to cause this? Although, those thoughts weigh in too. I’m also talking about our reactions to certain things, words spoken when we were unaware of the outcomes and in essence, all the “if only” statements that we carry with us as mothers.

My son, Lennon, was stillborn. About a half hour before finding out he had passed away within me before I knew anything was wrong, I exulted in the fact that I had lost a pound while they weighed me in triage. That happiness was probably the last I would feel for some time; I think back to that moment and vilify myself.

“How could you smile when your baby has passed?” “How did you not know something more serious than weight was at hand?” The list goes on…

Guilt After Child Loss Will Eat You Alive

I rewound every moment of my pregnancy the second I learned he had passed; dissecting my behavior, finding fault.

My most extreme reaction being the only time I felt “gender disappointment.” Lennon was my third son. The joy of knowing he was healthy lived in me, but it was dampened a little with the knowledge that he would be my last child (or so I thought) which meant I would never have a little girl. I never wanted to change him; I just also wanted a girl.

Those feelings of disappointment caused for the most regret in me after he passed. I would cry and cry to my husband, thinking maybe I deserved to feel this pain because I’d had feelings of disappointment. I believe my most used phrase was, “How stupid am I, that I felt anything but joy for his existence.” I regretted those feelings, punished myself for them for a long time.

His death happened suddenly, and with no known cause, so my need for blame found the perfect subject, me.

I started to remember the smaller things I had done that may have affected my pregnancy. I had enjoyed hot showers, I had from time to time devoured deli meats and I had smoked salmon that one time.

All of those little reasons piled up for me, giving me all the evidence I needed that I somehow did this to my son.

My last source of guilt comes from the night he died. I had fallen asleep on my back. I tried so hard to sleep on my side every night but I had been sick, and I just wanted to be comfortable. Knowing that I placed my comfort ahead of doctors recommended sleep position made me feel so low.

Guilt After Loss: Did I Kill My Twin Boys?

So, what do you do with these feelings? My son was gone. There indeed was no easy resolution. I couldn’t just ask for forgiveness; the damage was done. I lived holding on to my guilt for some time, knowing I deserved to shoulder it. It wasn’t until I started talking about my feelings that any relief came.

I would talk about how badly I felt to have been disappointed with anything so trivial as gender and about all the little things I did that balked at the rules set out by knowledgeable doctors. All of my concerns were firmly rebuked. I was told, as many times as I needed that nothing I had done or failed to do could have affected the outcome of Lennon’s life.

I truly learned that despite what we would all love to believe, we have little to no control in our pregnancies. It’s important to try and be healthy and make good choices during pregnancy, but very little else is within our power to change. Feeling guilty helped no one, changed nothing and only served to hurt me.

After enough time passed, I learned that my suffering is not what my child would have wanted. As a loss mom, a phrase I use often is that I am living for him; part of that promise is to be kind to myself.

Forgiving all of my perceived missteps during my pregnancy with him once felt unimaginable. I felt unworthy of forgiveness after all my son was dead. With time I realized, that forgiveness was never really necessary, that blame does not need to be placed, that sometimes horrible things happen and all we can do is try to live our best lives within that circumstance. My son died, but he knew my love, knew my intentions.

I want to remember my time with him positively instead of bogging myself down with guilt over inconsequential things.

If you are struggling with feelings of guilt and forgiving yourself after loss, remember to be gentle. Know that your choices during pregnancy probably did not affect the outcome and that blame does not have to be placed on your shoulders, you did all you could for your baby!

If you know someone who is feeling responsible for a pregnancy or child loss, remind them (as often as they need to hear it) that it is not their fault. Listen to them, support them even if they feel undeserving. Help them know that they are. 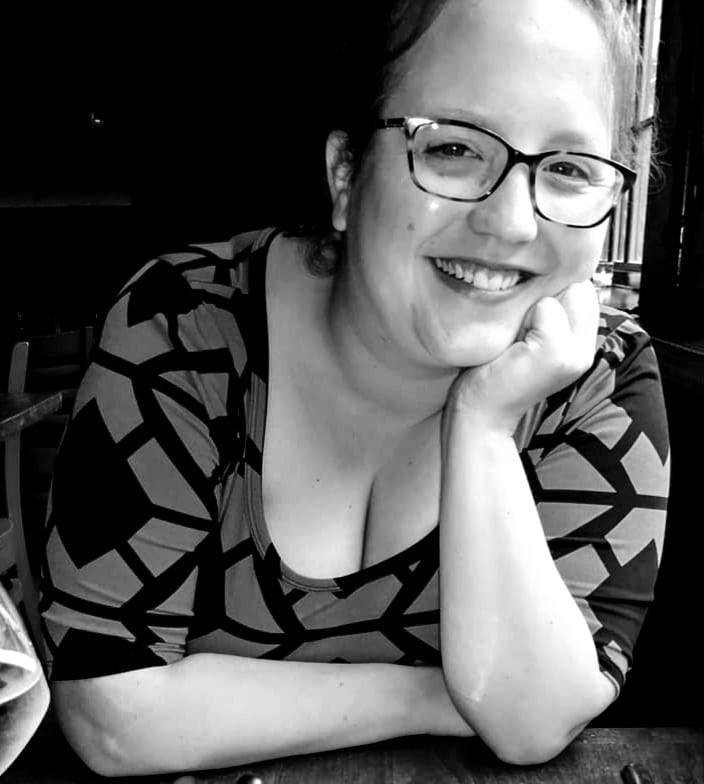 Morgan McLaverty, a world traveler that has taken roots in southern New Jersey where her husband Sean was born and raised. Now, a stay at home mother, she cares for her three living boys; Gavin Cole(5), Rowan Grey(3) and Holden Nash (1). She also is a mother to Lennon Rhys. Lennon was born still at thirty one weeks and five days. His loss spurred on a need in Morgan to write her feelings, share her grief and help others in the process. She hopes her words will help shed the silence and taboo nature of discussing pregnancy and child loss.

Previous Post: « I See You, I Stood With You – I Am You
Next Post: 15 Simple Ways To Help Grieving Families Following Stillbirth »