By the end of the day, we would be told that our son would die.

We headed into our 20-week anatomy scan after getting off work and picking up our oldest son.

We walked into the hospital, anxious and excited. After suffering two previous consecutive miscarriages, there was still worry that something could go wrong.

Our nerves were starting to take over, but we still made plans to grab ice cream after and enjoy our evening.

Everything seemed normal. The ultrasound tech chatted throughout our appointment.

She chatted about how our son was jumping around and wasn’t cooperating enough for her to get the look she needed.

After everything was finished and what seemed like an eternity passed, our doctor came in.

He sat down, started to scroll through the photos on the machine, and said those words I will never forget “There are multiple things wrong with your baby.”

My initial thought was “Ok, we can figure this out.” There are surgeries and steps we can take to fix whatever is wrong, right?

This will be ok. But, he kept going.

What followed was a long list of anomalies and then the one thing no parent ever wants to hear.

He was surprised we had even made it this far along. He had never seen anything this severe in his career.

I Didn’t Choose Death; Death Chose Me: On The Late-Term Abortion Law In New York

This all felt wildly out of sync with the movement and kicks I was feeling.

We were referred to maternal-fetal medicine two hours away and sent on our way to wait.

We walked out of the hospital in a daze. I remember standing in the parking lot and just screaming.

Begging, pleading, wishing for a different outcome than we had been given.

Two days later, we walked into maternal-fetal medicine where a more detailed ultrasound was performed.

Everything was confirmed, and additional anomalies were found.

We were given our options. Keep going, waiting for the inevitable to happen, or induce early.

After leaving, my husband and I had the most challenging discussion that no parents should ever have to have.

Immediately I began to question everything I had ever been taught. I was raised Catholic in a somewhat religious home by parents who adamantly believed that every life should be given a chance, that every life was worthwhile.

I was taught that only God has the right to decide when we die.

How could we choose to induce labor early knowing that he would die?

But, we didn’t make that decision. Our son was going to die, and there was nothing we could do to prevent it.

I Am The Face Of A Heartbreaking Choice

So, on August 9, 2018, we made the most compassionate decision we could.

We walked into the hospital to have our son. They induced labor, I got an epidural, and at 2:46 pm our son came into the world, silent.

And, he was beautiful. 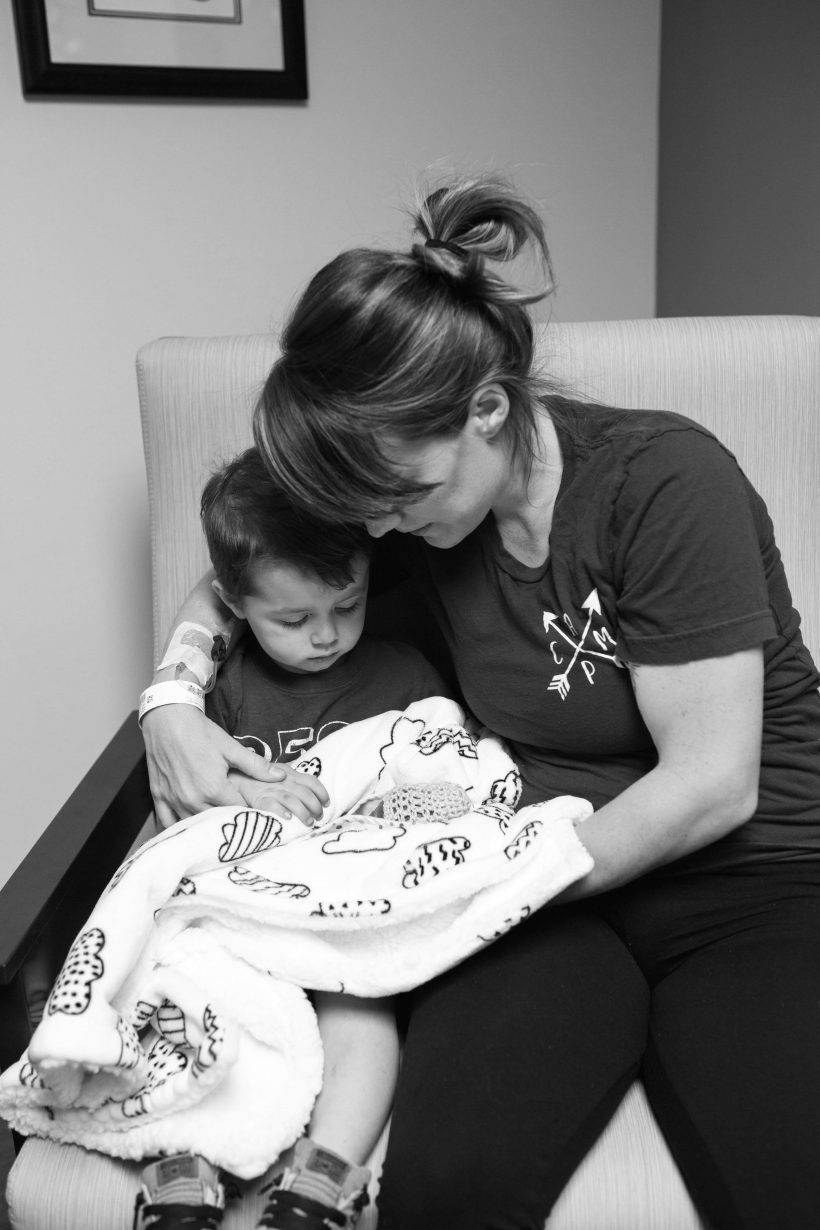 My son’s death has affected everything about what I used to think. Life is not nearly as black and white anymore.

It is easy for someone who has never been in our type of situation to sit back and say that they would never make the decision that we did.

It is easy to think about what you would do in the most gut-wrenching period in your life.

Until you are there though, until you are up against a battle that cannot be won, no one knows what they would do.

Termination for medical reasons (TFMR) is a topic that no one wants to consider or talk about.

It is the taboo within the already taboo topic of baby loss.

We are out there though.

Parents who have been faced with the unthinkable.

Parents who have willingly shattered themselves to spare the pain that their child would suffer.

We have taken it on, and we willingly carry it. 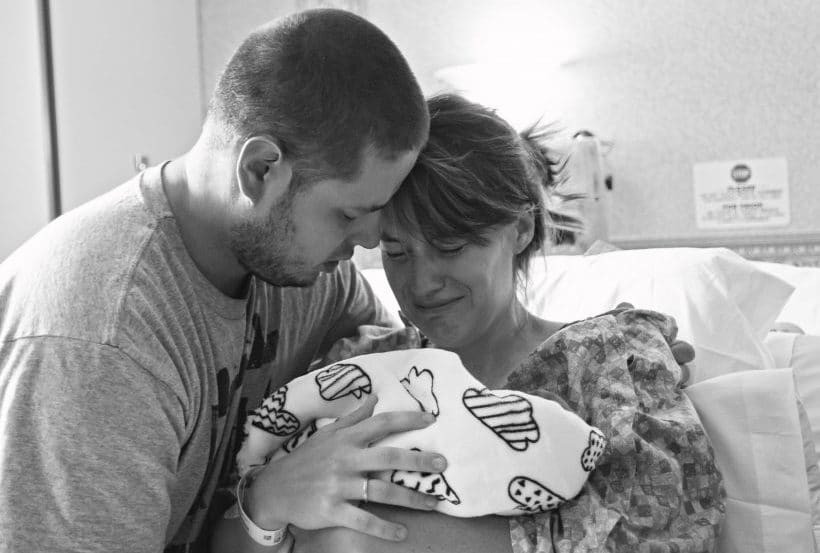 About the Author: Chelsey Sanders is a wife and mom to two boys, one here and one in heaven. Her second son, Percy, was diagnosed with multiple fatal anomalies due to Trisomy 13 at the 20-week ultrasound. She shares her journey of joy and grief on her Instagram account and hopes to help shatter the stigma of TFMR.
https://www.instagram.com/chelsey_rsanders/

Previous Post: « Multiple Loss: Tired Of Being Tired
Next Post: I See You, I Stood With You – I Am You »