My childhood is blessed with memories of apple orchards, picking blackberries, raking autumn leaves and snowmen. And yes, of gardening, of being a reluctant helper in my parents’ soggy vegetable plot. When I started a family I knew I wanted my children to feel compassion and connected to living things. I’d been working in a city for a great many years, yet in gently showing them the flora and fauna of our planet something quickly became apparent — to touch nature’s extraordinary power was to be drawn back into its grace.

Twenty years went by and, much to everyone’s surprise, I changed careers and began to farm. One day, as my son Alex planted seedlings he looked at me and said, “You haven’t bought a fruit farm, mum, you’ve bought a life, it’s going to be your new life.” Peaceful, happy moments spent with my children gardening and growing food with our bare hands.

And then the unimaginable happened: Alex was murdered.

With his death, my life was forever changed. That new life he had imaged for me, had helped plan with me; it now seemed to me impossible. Future dreams were an absurdity in the face of such devastation. So deep was my pain that the world fell into a greyscale and nature lost its colours. No scents, no hues, no birdsong. I was impervious to its energy; nothing could penetrate my grief.

The months passed and I remained in the dark, desolate pit of grief. Breathing exhausted me; living was hell.

But nature waits for no man, least of all a woman who has to farm. The seasons continued to pass and forced me to accompany them as best I could. It did not matter that I had to drag myself outside, the fact is I did.

And this is what I learned — that nature heals.

By being in nature, by immersing myself in it, by touching it, smelling it, working with it, I let myself become a part of it. It wasn’t the physical activity of gardening that made the difference, though I don’t doubt that endorphins released by exertion do lift the mood. Scientific research shows that gardening lowers stress levels.¹ It also reduces inflammation — a precursor to heart disease, depression and diabetes.² And soil bacteria really do boost our immune system.

It was far more than that, though. As I helped my young trees and vegetables grow, so I was growing me. If I cried and screamed, there was no one to take offence or pass judgement. Instead, the earth and rustling of the young branches soothed me, the rain washed my face, the cricket and cicada song touched my soul. What helped me cope with the horror and destruction of Alex’s death was nature itself.

I learned that I could not hasten nature’s pace anymore than I could bring back my dead son. In being forced to accept patience, I also re-learned the acceptance of the cycle of life and death.

I learned to face my own son’s death. 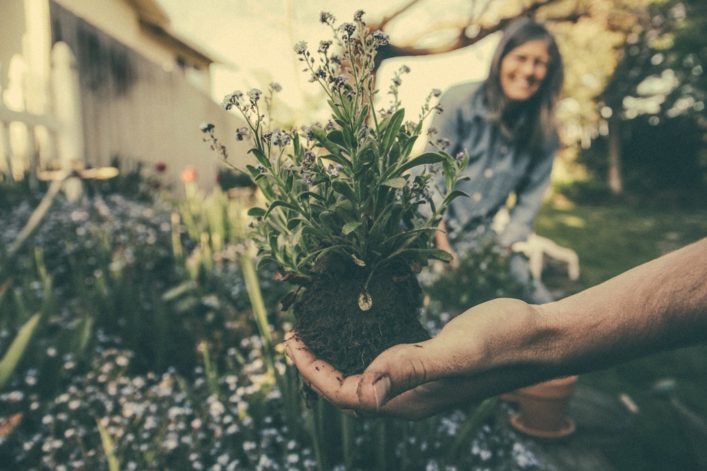 As the months turned into a year, then two and three, I became a part of the very nature I was nurturing. I gained a deep appreciation for simplicity and began to yearn for the peacefulness of the garden and olive grove. Gardening was my therapy. When the sadness overwhelmed me, it was here, among the trees and vegetables that I felt grounded. In tending to the plants I was tending to my grief. Colours began to filter back into my life. The incalculable sorrow stayed but I could now look up at the sky and smile when the bee-eaters flew by. Spring’s flowering with it’s bold statement of life and renewal ceased to hurt me as it had done in the first two years and instead I sensed a deep gratefulness that nature had held me close and helped nurture my healing.

For me, though I once lost the capacity to see the point to life, gardening became a life-saver. In seeing plants grow I discerned hope within my heart. The miracle of watching seedlings push through the soil helped me to understand that I too could change from a closed, deeply hurting mother into something unforeseen and different. It didn’t matter if my tears mixed with the soil as I dug, I kept digging. My response to being outdoors was initially indiscernible and yet, as time passed, whether it was physical work or lying with eyes half-closed under the trees, I began to sense a connection to the Earth I’d never felt before.

The therapeutic benefits were not felt by me alone. My surviving children gained much from being in nature and gardening following their brother’s homicide. Nature’s restorative power seeped into our hearts and gave us permission to smile again. As a family we were able to grieve together whilst doing something as beautiful and therapeutic as planting and growing food.

I believe Alex would be proud of what we have achieved. He was right about the farm being a new life for me. It is.

² Gardening is beneficial for health: A meta-analysis 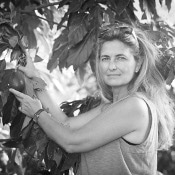 Katja Faber is the mother of three amazing children. Following her 23-year-old son’s murder, she used her legal training to work closely with private lawyers and the State Prosecutor in her fight for justice for her dead son. She hopes to inspire others in seeking justice for their loved ones and through her writing break the taboo of homicide loss and child loss grief. She runs her own farm, a magical place where she hosts private retreats for those in need of support and healing. Katja is a certified Compassionate Bereavement Care® counselor through the Center for Loss and Trauma in partnership with the MISS Foundation and the Elisabeth Kubler-Ross Family Trust.
~~~~
To read her story, blog and further articles by Katja do please follow the link to her dedicated webpage in honor of her son KatjaFaber.com or alternatively read her articles on Still Standing Magazine’s author page. You can also connect with Katja on her FB writer’s page.
Katja’s continuing fight for justice for her son Alex is on Twitter. Her farming IG account where she reflects on daily life in the country and the healing process of grief is on Instagram.