As a young girl, some of the most vivid and happy memories I have is of our whole family traveling to Florida to celebrate the jewish holidays. My grandfather lived in Florida, in Miami Beach, across the street from his parents, my great-grandparents.

There was a lot about this situation that was incredibly unique. The first being, that I had any living great grandparents at all. See, my grandparents all came to America from Europe after World War II. They were all witnesses to and miraculously survived the holocaust. My mother’s parents, both adolescents at the time, were among some of the only families  who made it through intact. As I’ve grown and learned more about that time in history I’ve come to understand how miraculous that was. As a child I didn’t quite grasp the enormity of that and how lucky I actually am.

The second thing about this situation that was unique was the fact that in the back of my great-grandparents house, they had a small synagogue. A local temple where members of the very pious hassidic community would come to pray daily. My great-grandmother, Malka, was known by people around the world. Her home was a place to stop off, get a warm welcome and a meal. It didn’t matter who you were or where you came from. People just knew. Strangers would just show up at the front door and ask for “Babby” (That’s ‘grandmother’ in hebrew) There were always visitors, sitting on the couch, asking for blessings and bringing gifts.

As a young child, I have many memories of these long holidays, spent in the Florida sun. Wearing my pretty dresses to their little synogogue and chasing salamanders in my shiny mary janes. I also remember being a bit intimidated by my great-grandmother. Though she had a warm, welcoming spirit, in my young eyes, she also seemed larger than life.

In Judaism, every friday night, when the sun goes down, it is tradition to light two candles to welcome Shabbat into the home. This is also the tradition on the eve of every holiday. Over the centuries, a custom has formed, and for every child that is born into a family, an additional candle is lit every week thereafter.

I remember watching my great-grandmother prepare and light her candles.

See, most women have some kind of a candelabra. When you first get married it is tradition for the groom’s mother to buy the bride two candlesticks, so you might start off with something like this: 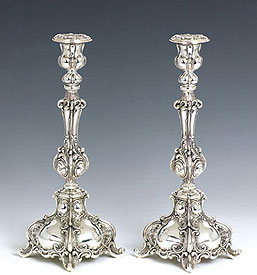 As the family grows, you add new candlesticks until you have enough candles to buy a nice, multi candle candelabra, like this: 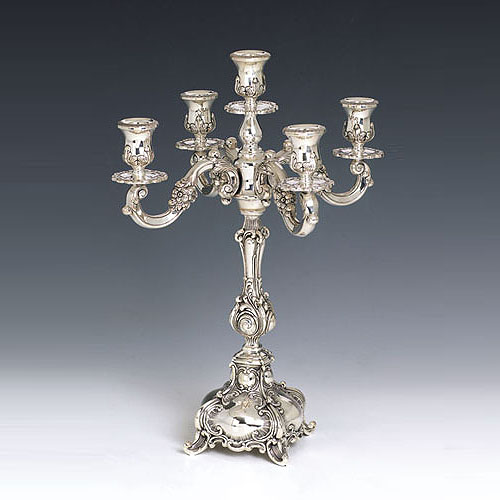 My great-grandmother didn’t have either of these. She had a bowl. Sorta like this: 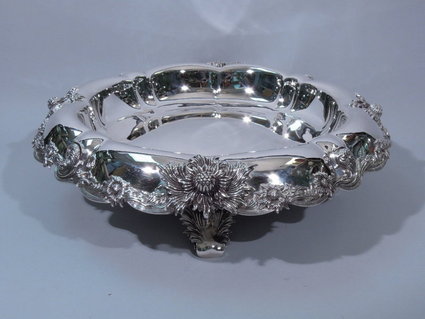 In this bowl, I’d watch her pour a bit of water and then about an inch worth of olive oil. On the oil she would put these little floating wicks.

Now just imagine that bowl filled with 18 of those floating wicks. I remember how the silver bowl glowed with the orange flames, and the sound of little crackles when the oil burned out and the fire hit the water. I remember the sweet burning smell when the flames eventually went out and the wisps of smoke swirled up into the air. All 18 of them.

But my great-grandmother “only” had 9 children. That would have meant 11 wicks. Once I asked why there were so many extras and was told they were for the number of pregnancies she’d had. It was said in hushed tones and I remember feeling as though I’d done something wrong by asking.

Though I probably didn’t fully understand at the time, I guess that made some impact on my young mind because almost 30 years later, when I lost my twins, that’s one of the first things I thought about. My great-grandmother and her 18 dancing flames.

As a baby loss mom, one of the things that is so important to me is the hope that my babies death was not in vain. That their short lives inside of me will have an impact on the world and that they won’t be simply forgotten. In the community where I live, it is commonplace for families to have many children. And as we, in this baby loss community know, with many children, comes too many losses. But for the most part, these losses happen silently. They are usually unspoken and not discussed in polite company. Most women do not do as my great-grandmother did, lighting candles for their babies that died before they could be born, or shortly after. But I do. I light candles for my twins, Sunshine & Daisy, and when I decided to, it was because I remembered my great-grandmother and how she must have taken pride in her lost babies, to acknowledge them ‘publicly’, and I understand that it’s OK for me to do the same.

I sometimes think about how even today, because our babies were often not yet born, their lives and deaths are minimized by others. I imagine how my grandmother as a young mother in the holocaust- her youngest son was just months old when they were invaded and sent to work camps- was surrounded by death at every corner, yet still maintained the inner strength to know that her losses were deaths worthy of acknowledgement too.

My great-grandmother lit those candles every week until she died in her late 80’s, when I was in college. I believe, like me, she wanted to remember her babies and know they wouldn’t be forgotten. And they aren’t. I feel my grandmothers strength every time I light my own candles. Every time I share my girls’ story. My daughters, including my oldest, named Malka after her great-great grandmother- are four generations later, and they will grow up feeling the impact of that decision that my great-grandmother made. They will grow up to know that women are strong, our voices powerful and that they have twin sisters who look out for them and helped make their mom the woman that she is. 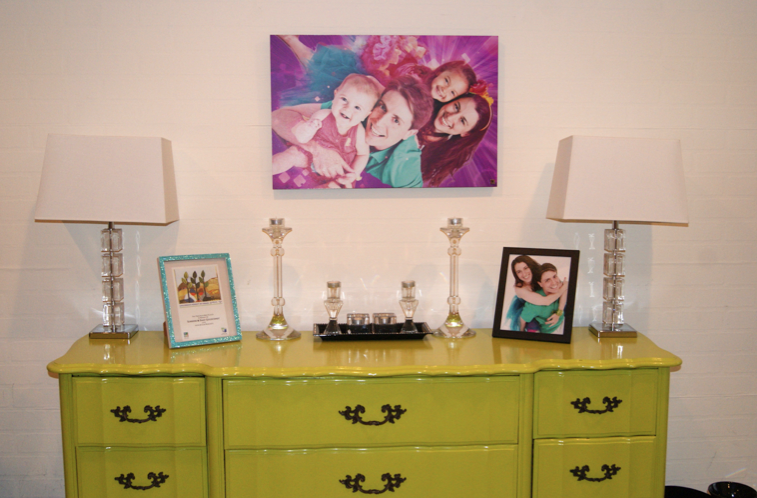 The spot in my home where I light my candles. Two for Shabbat, Two for my living daughters and Two for my angels.

Tova Gold is the Founder of FindingMyMuchness.com – an online initiative dedicated to helping women re-find their joy and identity after trauma or grief. After the loss of Sunshine & Daisy, her identical twin girls in September 2009, due to Twin-to-twin Transfusion Syndrome, Tova learned that her great-grandmother had also lost a set of twins. Born at 7 months they couldn’t survive without the proper medical care that could have saved their lives today. The story of her great-grandmothers life during the period of  World War II is documented in Tova’s grandfather’s book Our Miraculous Survival, available on Amazon.com