Talking to parents who lost a child isn’t easy for friends and family.

Here are 6 tips for talking with parents that we’ve learned through many hard, great conversations with some amazing (amazing) friends after our son was stillborn a few days before his due date.

Before this happened to us, I TOTALLY would have gotten this one wrong. The biggest fear we heard from friends was that by calling, it would make us feel sad by bringing it up.

Turns out, though, it’s really comforting to hear something from a friend, even if it’s the “wrong” thing.

The people who acknowledge it by addressing it are awesome.

Days or months or years after, don’t worry about “reminding” a parent of their child’s death; it’s pretty much all they think about, and they love talking about him or her, too (they’re proud parents like anyone else.)

Forcing others to acknowledge our babies

You’re amazing if you call or write a letter right after it happens. You’re a superstar if you follow-up even once later on.

You’ll be LOVED ETERNALLY if you reach out multiple times and–most especially–on anniversaries (monthly anniversaries at first, but later on each year: add his/her birthday to your calendar with the others, make a note to write a Mother’s/Father’s Day card each year.)

People who talk about your baby like they talk about other babies are pretty much the bees’ knees.

Validate the baby’s life: use his/her name often if the child was named; add him/her to the family prayers; ask questions.

Refer to the parents as “parents,” and–if you’re family–refer to yourself as an uncle or aunt or cousin, or add one more to the tally of the number of grandkids you brag about.

Some parents may have pictures; ask to check them out, or ask to look at any keepsakes they got from the hospital or during the pregnancy.

Did I just walk by your refrigerator and see my son’s picture mixed in with the other pictures?!

YOU’RE GETTING A BEAR HUG!

The best conversations are about the individual who passed away.

There’s a totally understandable tendency to offer hope in the form of “Don’t worry, you’ll get pregnant again,” (and this is another thing I TOTALLY would have done, too, and found counter-intuitive after having gone through it.)

While many parents do want to get pregnant again, the best conversations aren’t references to other, future children; those people seem to get that no other child would be a replacement for the one who was lost.

If there were twins and one survived or if there are living older siblings, those parents are still mourning the loss of a child, so “at least you have the one” is not comforting.

For us, we didn’t lose “a baby” that we would like to replace with “another baby”; we lost our first-born son, Simon Alexander, who had a lot of hair and a million other things that make him the unique person he is.

It’s sort of counter-intuitive, but inquisitive folks are great, and friends who ask a lot of questions still make me happy.

Though it can be emotional or sad, many people find relief in talking about their experience from early pregnancy to those final fateful days, even the most tragic parts of the ordeal.

Unlike an adult who has died–who leaves behind years of stories and pictures and knickknacks–parents of infants who have passed have precious few memories to savor.

Even those worst moments can be nice to think about and share for that reason.

The best ones don’t ask what they can do; they just do it. Come over, make the meal, send the card, mow the grass, clean the toilets.

In the first few weeks you’re so out of your mind you can’t make any decisions; everyone who popped by or just did things made us feel wonderful.

The specific action being taken is way less important than the thoughtfulness behind trying to help.

Finally, the sucky truth of the matter is that the whole situation just sucks.

A child lost a life; the parents are grief-stricken; and–honestly–it’s just going to suck sometimes to be the friend or family member of someone going through this.

It’s an unfair burden for the friends and family, and even if you do everything right there are going to be times when the other person still gets upset due to the grief.

This changes things; the parents are different people now. It’s not fair to the friends and family, but those who change with us are incredible. 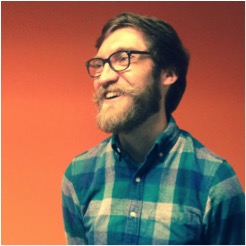 About the Author: Andy Gillette is the father of Simon Alexander Gillette, who was stillborn in February of 2014. He and his wife Genevieve have grown closer through the experience, and find comfort in thinking of their little guy and helping other parents suffering through loss. They are happy to be involved with the Arlington, VA MIS Share support group, and are especially grateful to our friend Mary for her support and the graphic design for this article.