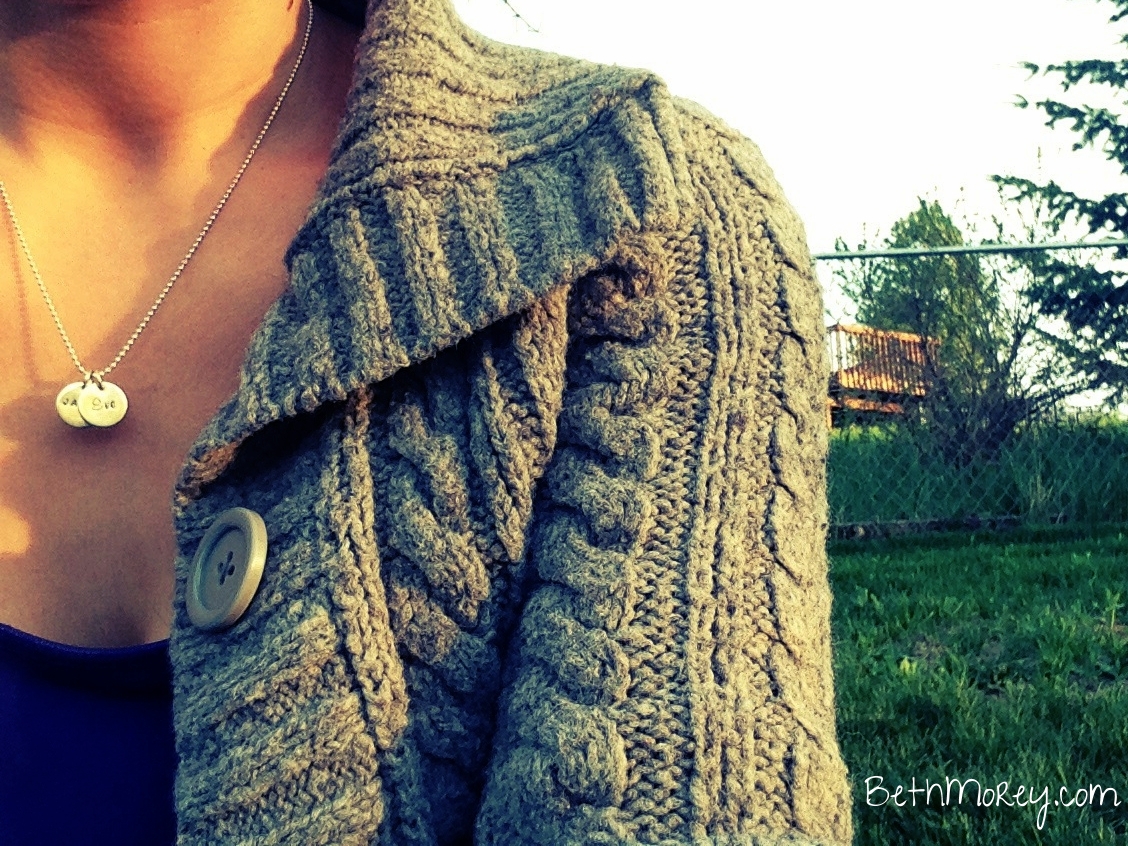 Exactly one year and six months ago, my husband and I said hello and then goodbye to our daughter, Eve.  When the doctor told us that she’d died inside of me, I didn’t see how I was going to survive her birth, much less the days and weeks and months of life-without-her that lay ahead.

In fact, I hoped that I wouldn’t survive.

In the day’s wait that lay between me and the induction that would bring Eve’s body into this world, whenever my benumbed mind managed to grasp at any shred of hope, it was that I would not survive to face her birth, her dead body, and whatever sort of life we could manage to patchwork together in the wake of such devastation.

I wanted to die.  And continued to want to die for some time thereafter.

And at first, that living felt a whole lot more like survival than anything else.

The hardest thing to endure was not Eve’s birth, and not holding her for the first and only time.  It was not watching my husband and loved ones tenderly cradle this sad, lifeless little person that had been my daughter.  It was not crawling back into the hospital bed, leaking tears and birthing blood, as the nurse wheeled my daughter’s body away.

It was leaving the hospital and everything that came after.

The silent house waiting for us when my husband and I arrived home from the hospital.  The empty crib that we had just set up.  Night upon night where sleep eluded me and there was nothing standing between me and the wailing agony and the fear.

Since that time, the sharp edge of grief has dulled into something softer, if still unpredictable and painful.  Our home and hearts no longer feel abjectly empty, although there is nothing in this world that will ever fill the space that our daughter left behind.

I have survived.  I am surviving.  And somewhere along the way, I started truly living once again.

And yet . . . there is one piece of those early days of life after loss that remains.

Like Carly Marie, a looming, pervasive sense of fear entered my life when Eve left it.  Because when someone precious and innocent and so very, very important is taken from your life traumatically, without warning, suddenly it feels like all bets are off.  Nothing is sacred, nothing is safe.

That’s the thing — my sense of safety, whether it was accurate or not, was shattered when my daughter died.

At first, I was terrified that my husband would die, too.  I went everywhere he went for months after Eve’s death, no matter how quick of a trip it was going to be or how little it interested me.  Fear gnawed at me when he drove away to work in the morning.

And then, three months after we said goodbye to Eve, we discovered that I was pregnant with our rainbow.  For that first day of pregnancy, I was elated; nothing could get to me.  But it was not to last — fear entered in, and has stayed.  Our rainbow son’s pregnancy was an exercise in coping with anxiety.

Now he is eight months old and my battle against anxiety rages hotter than ever.  I know too well how easily he could be snatched away, how fragile this thing called life is

.  Sometimes, I cry because I miss my daughter, and because I know what it would be like to miss my son, too.

That fear has begun to affect me physically.  I carry a near constant ache in my chest, and I am often breathless and dizzy.  The diagnosis is anxiety.

Some days — and lately, a whole lot of them — feel like survival again.  The fears cluster close and my breath catches and catches and it is an act of war to beat the anxiety back.

And it’s hard.  It’s hard to live when you have fears for [some] good reason.  When you know death too well.

But that’s not the end of the story.  Although I am still in the midst of the battle, I know a life riddled with anxiety not where it ends because Eve’s death has taught me than I’m stronger than that.  If I can survive her death and birth and the crushing grief, than I can survive this.  I will not let the fear cripple me.